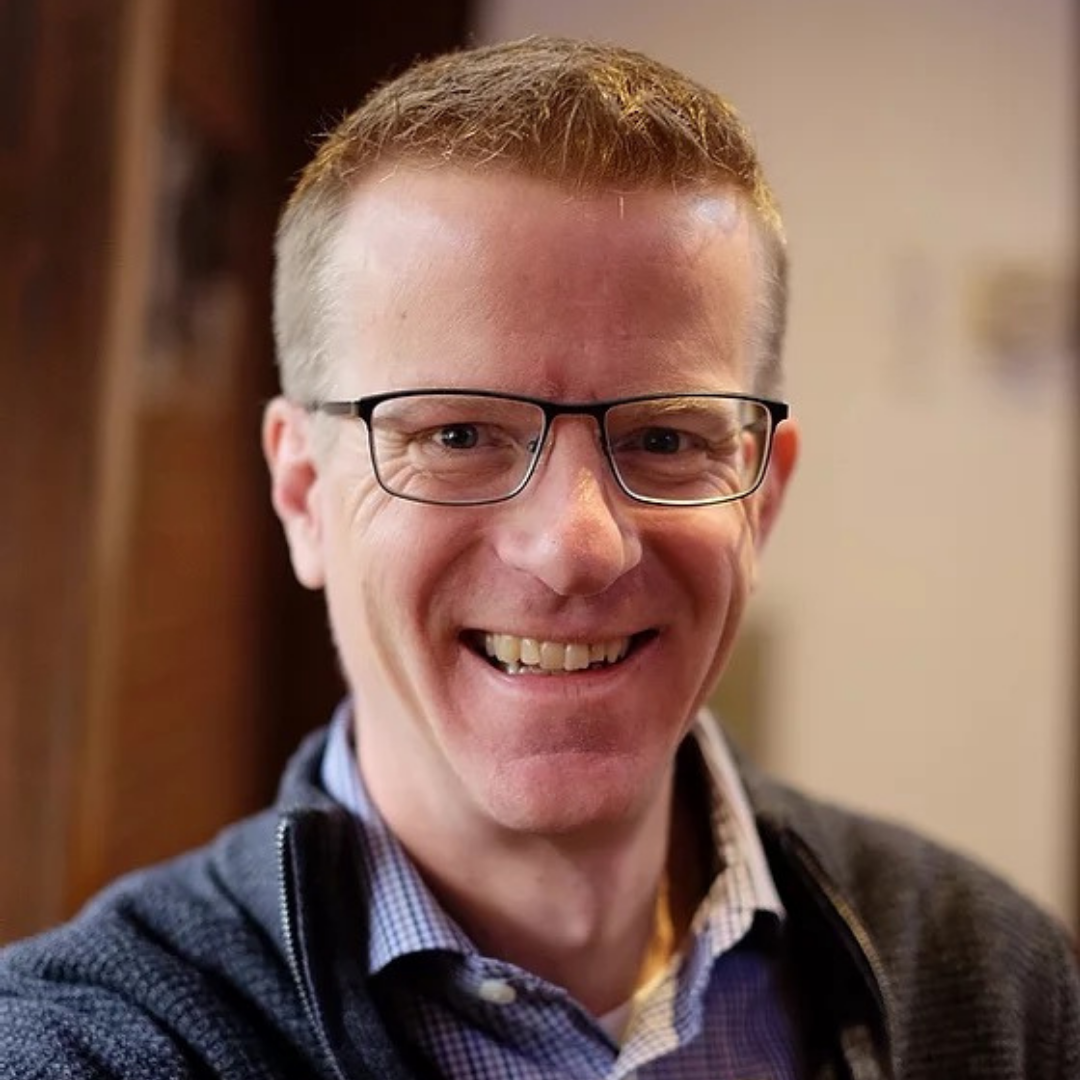 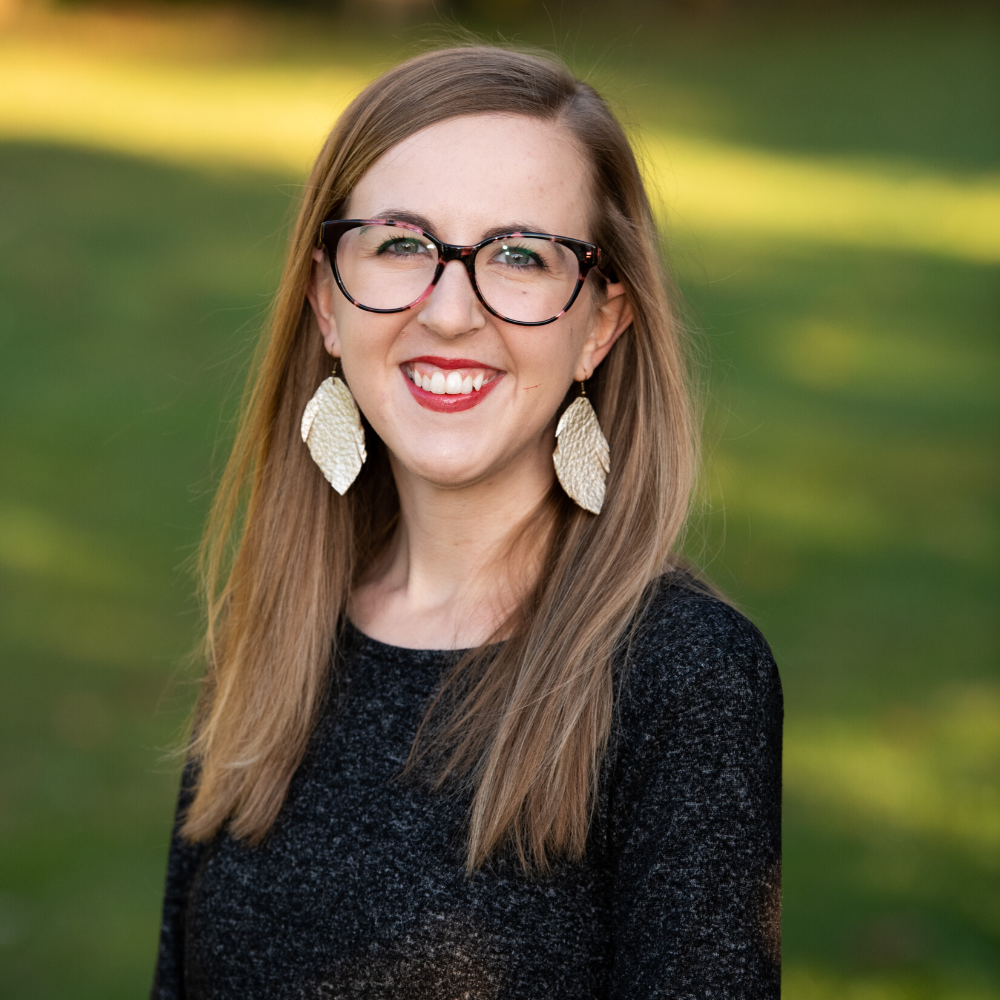 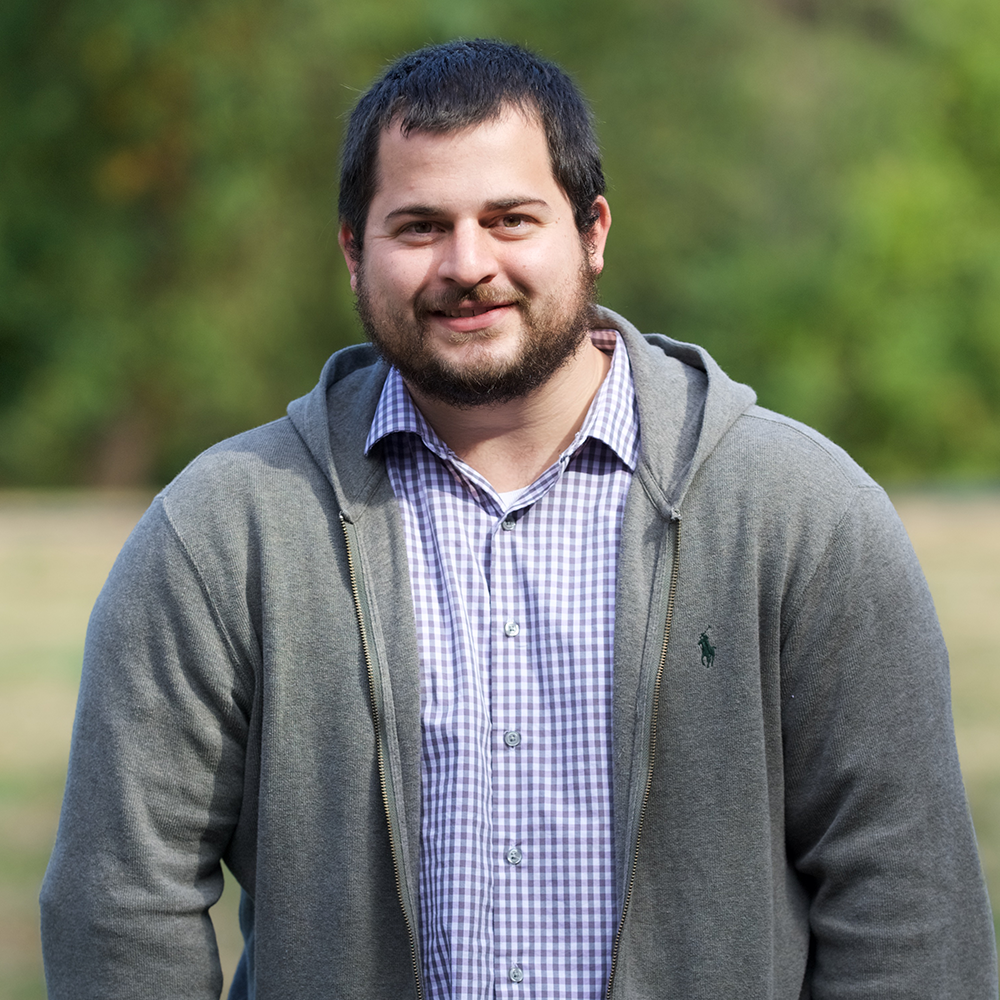 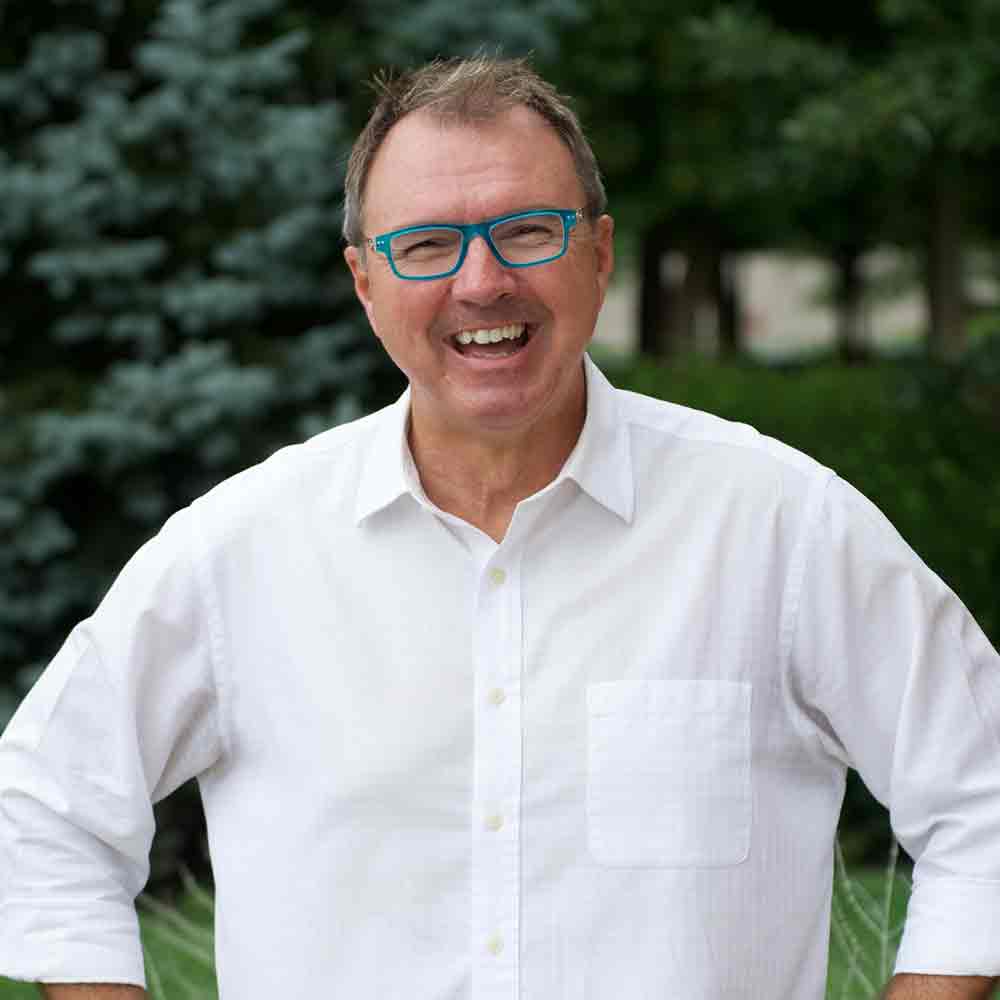 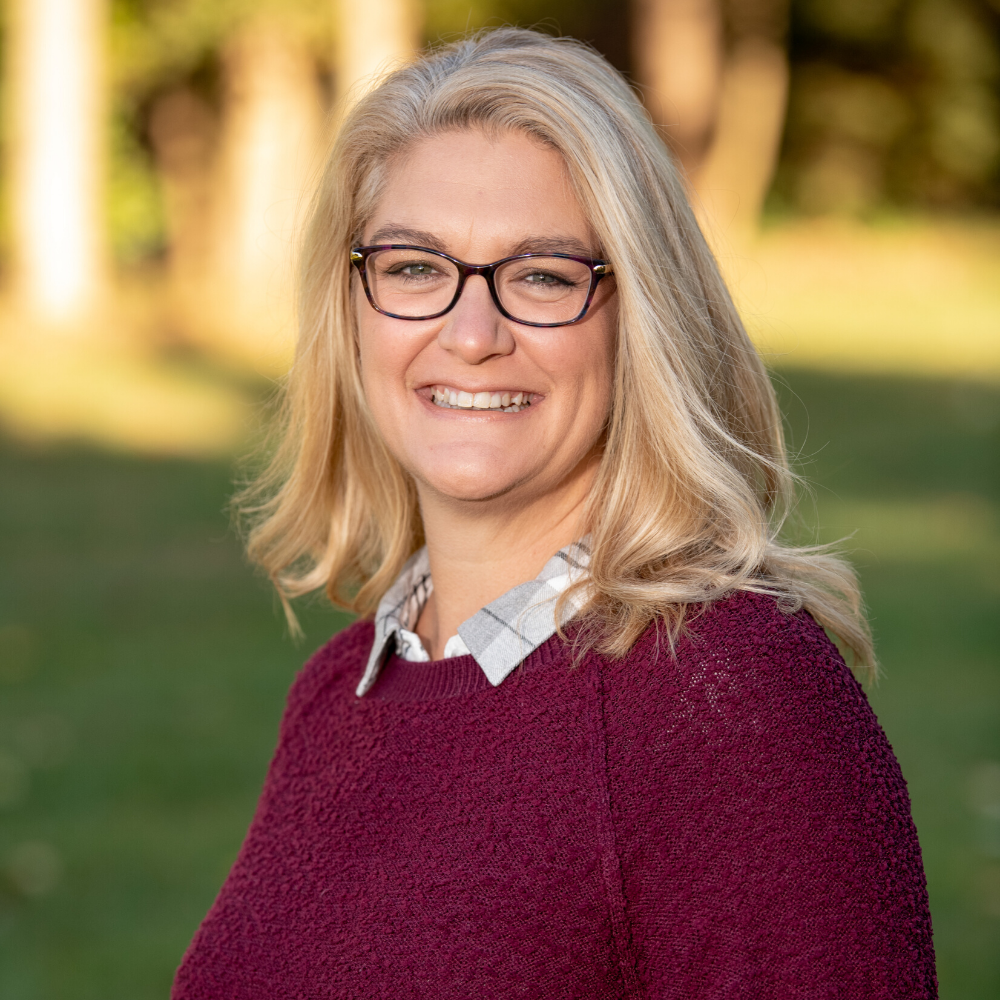 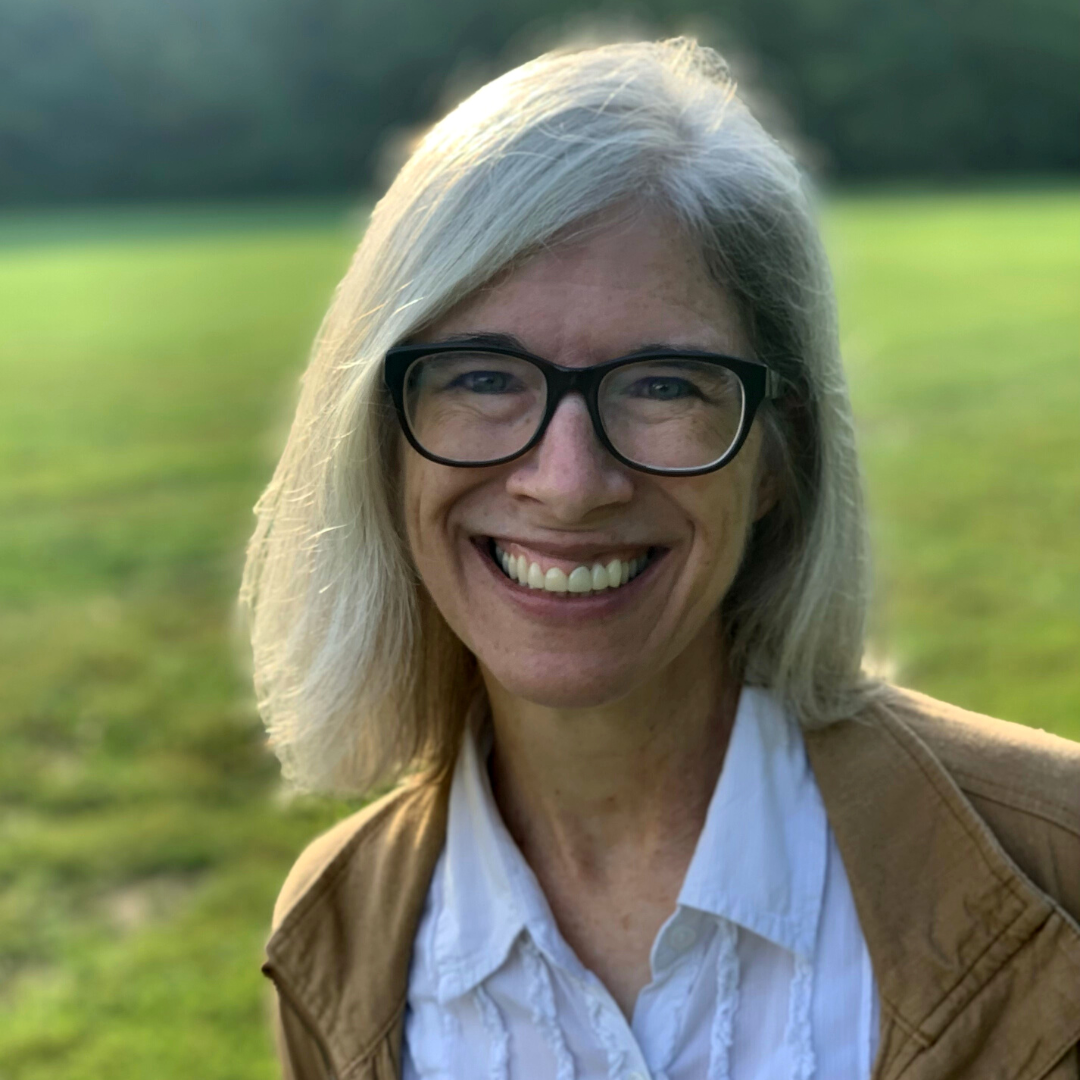 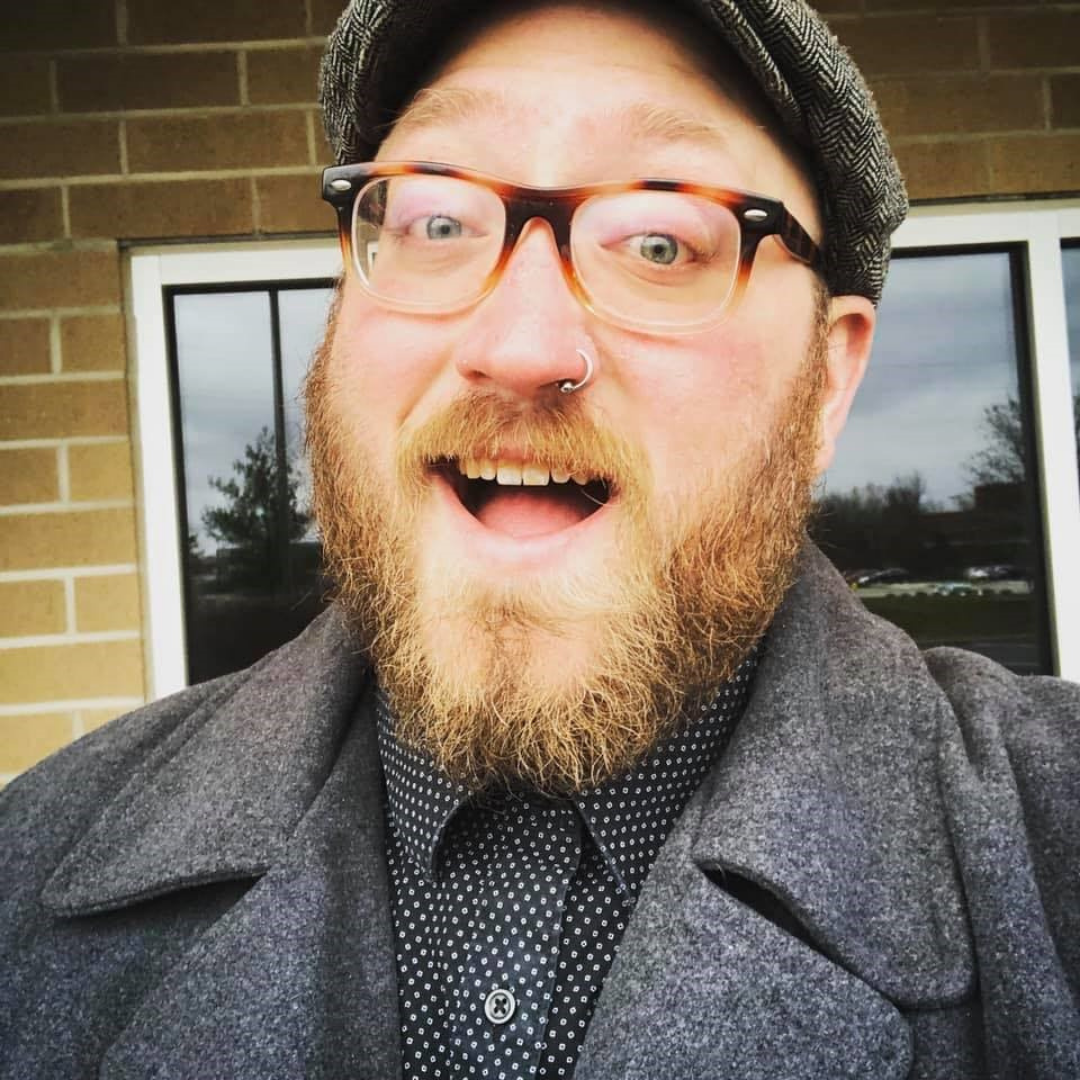 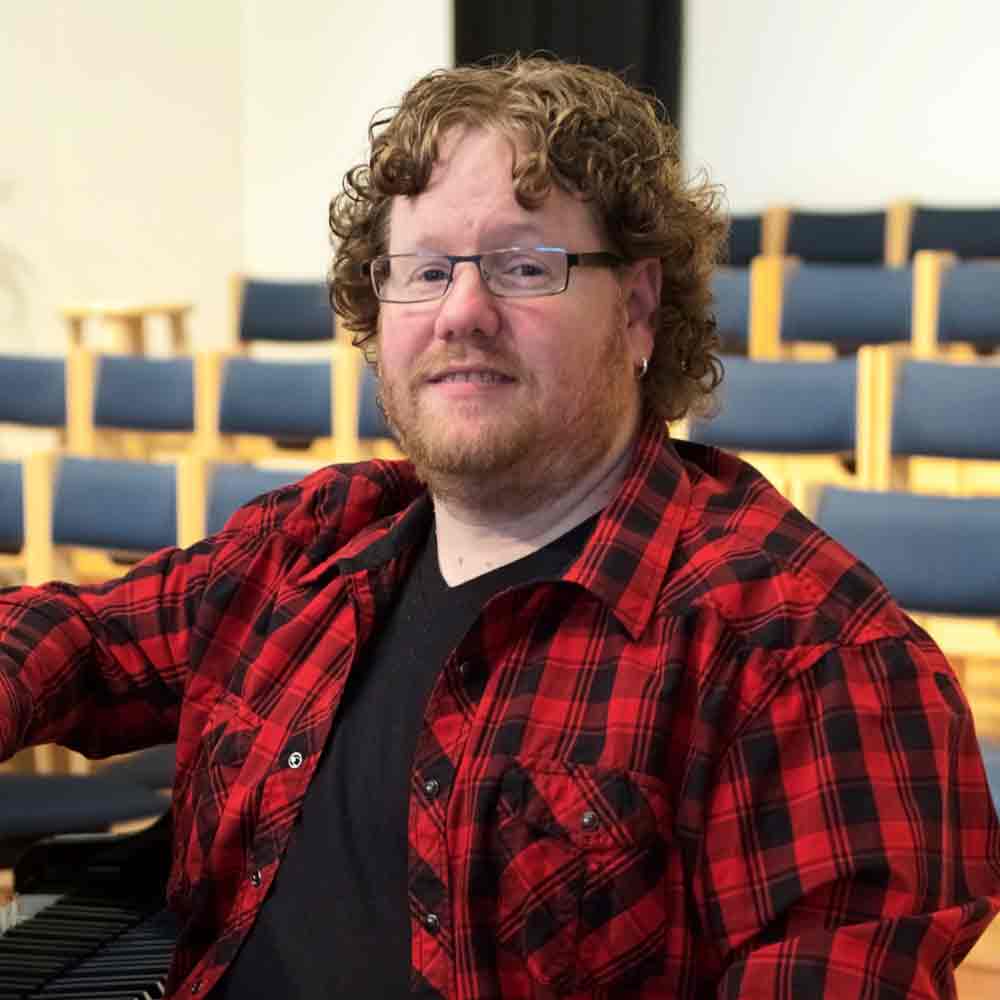 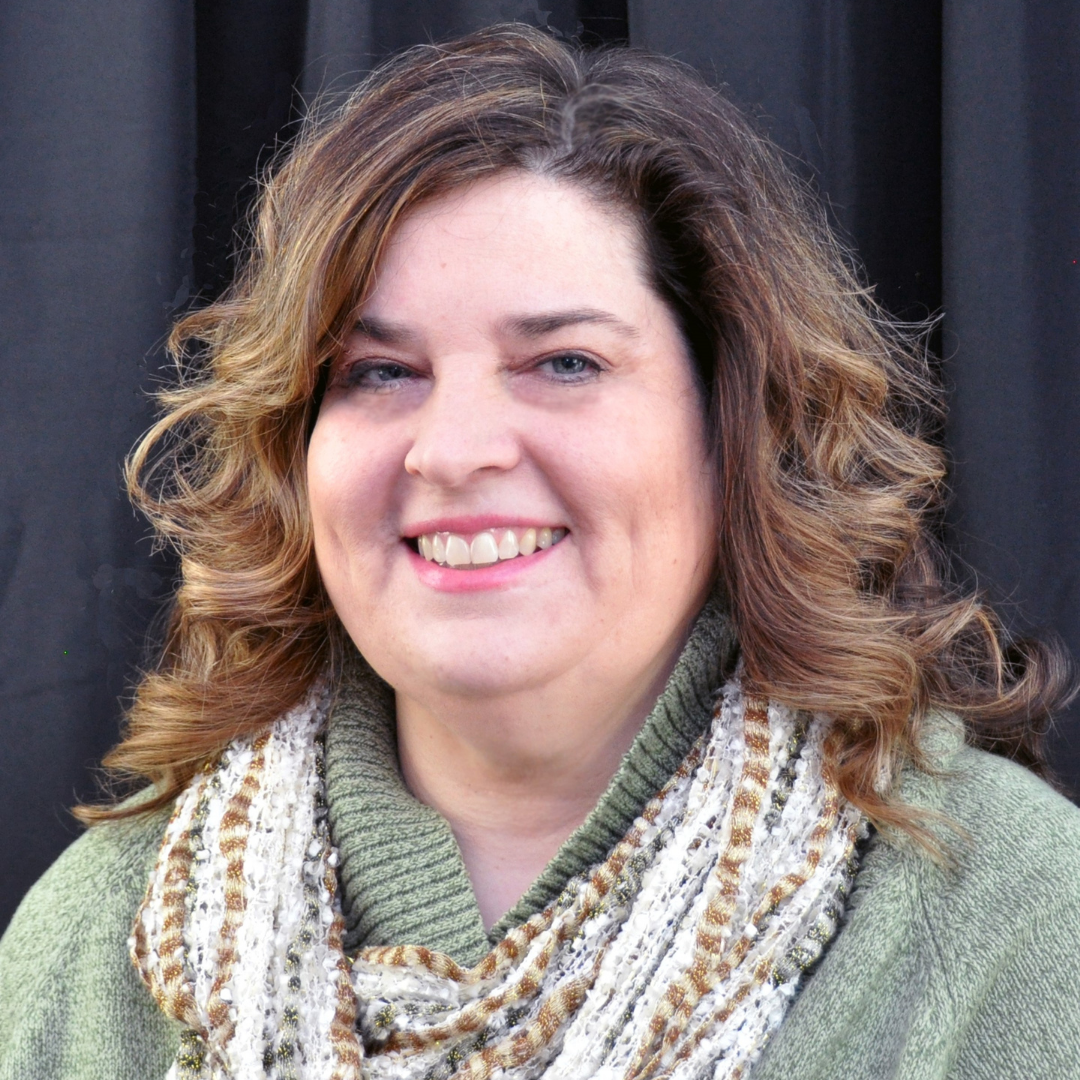 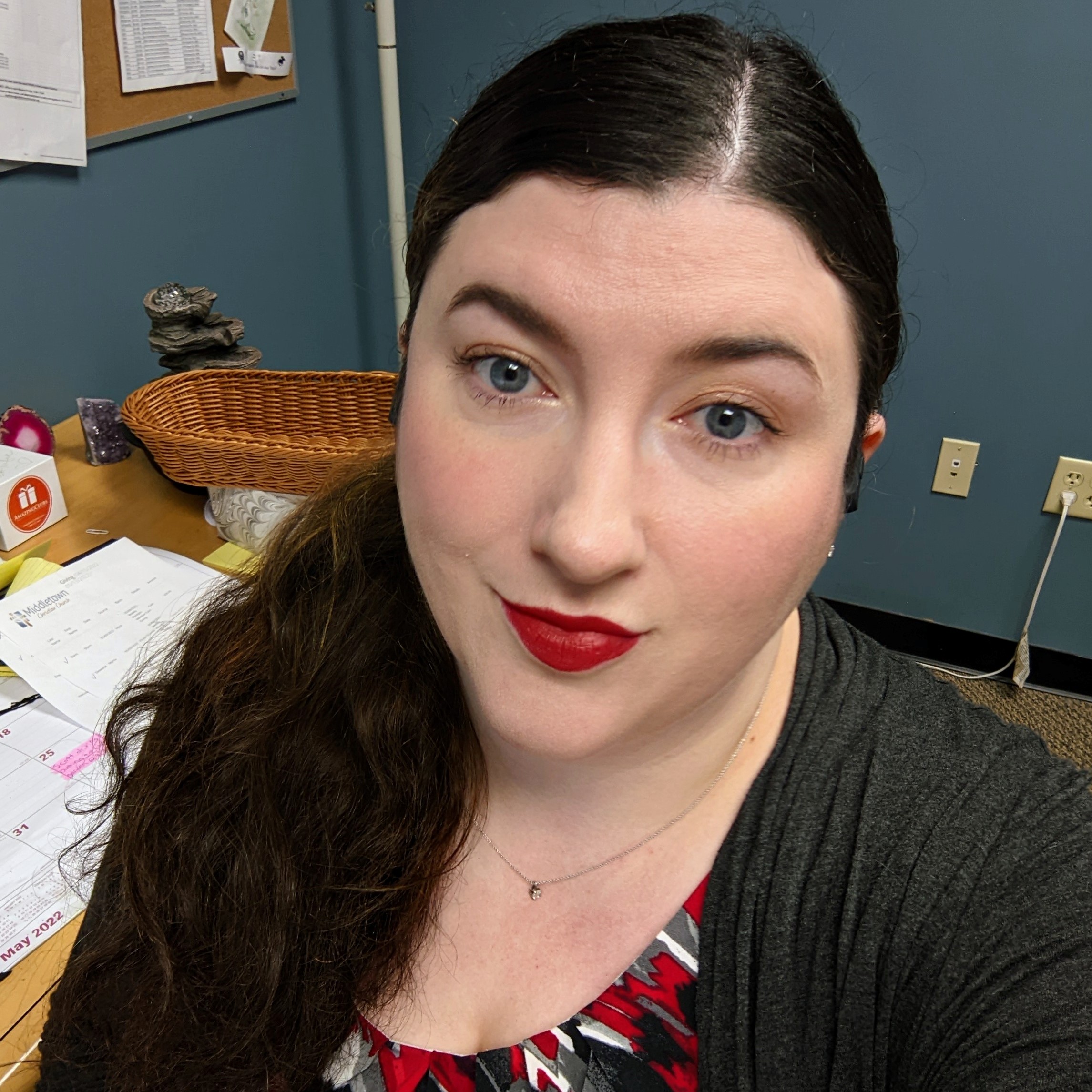 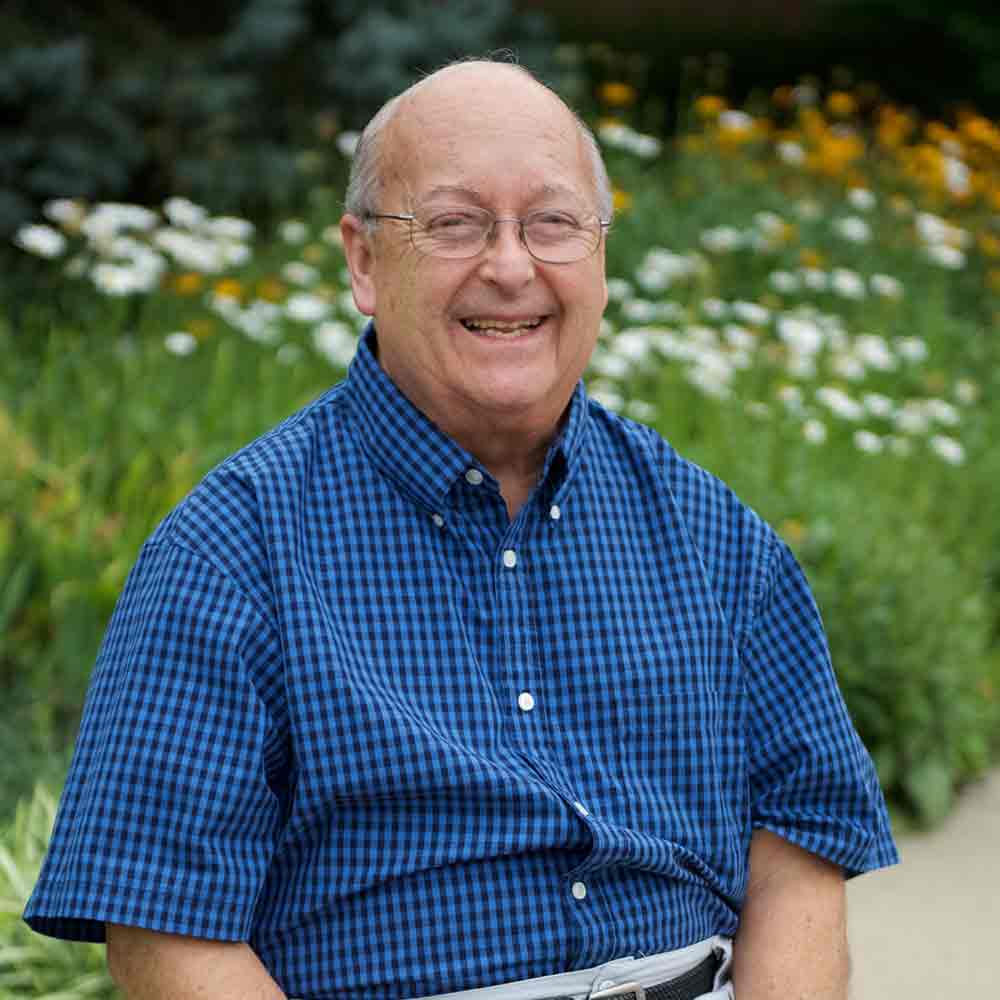 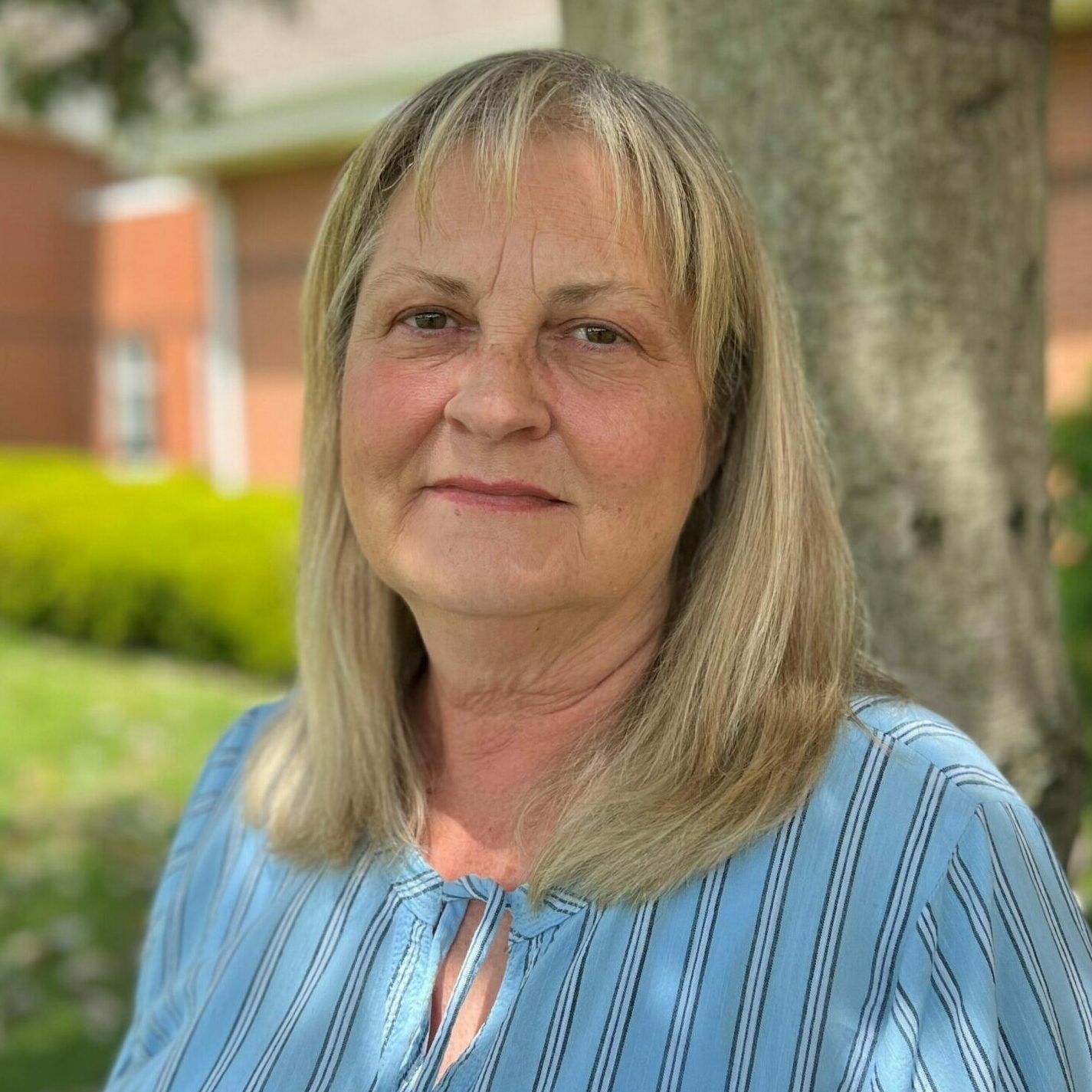 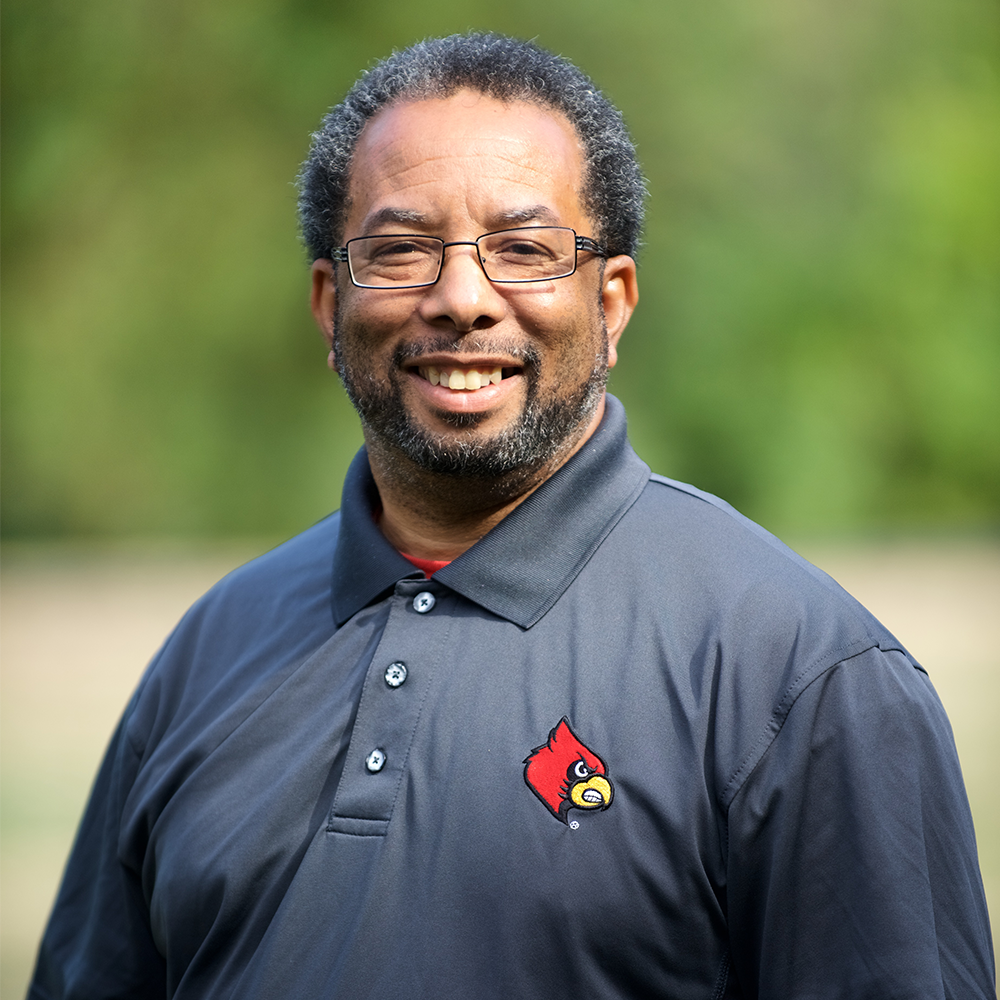 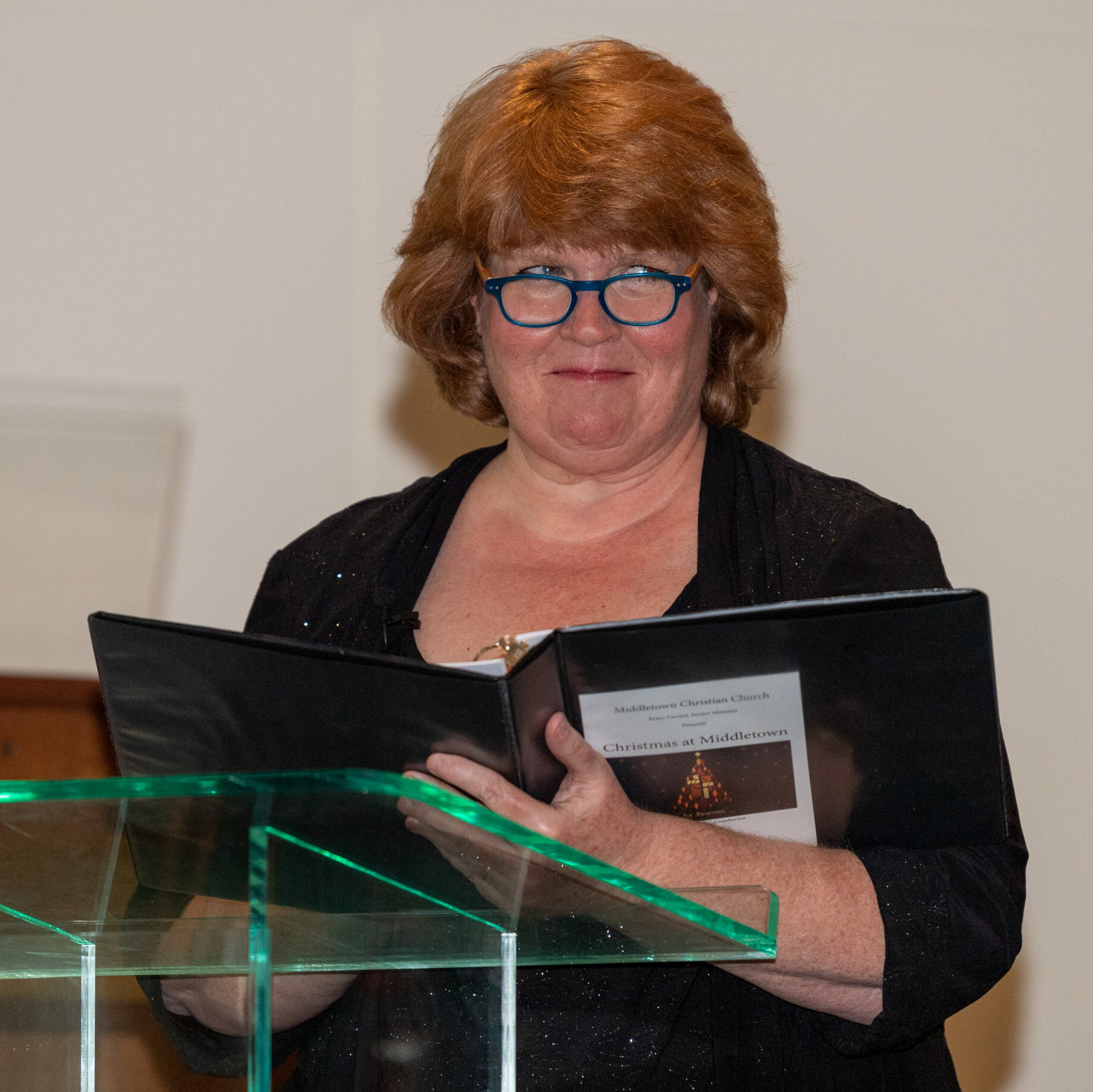 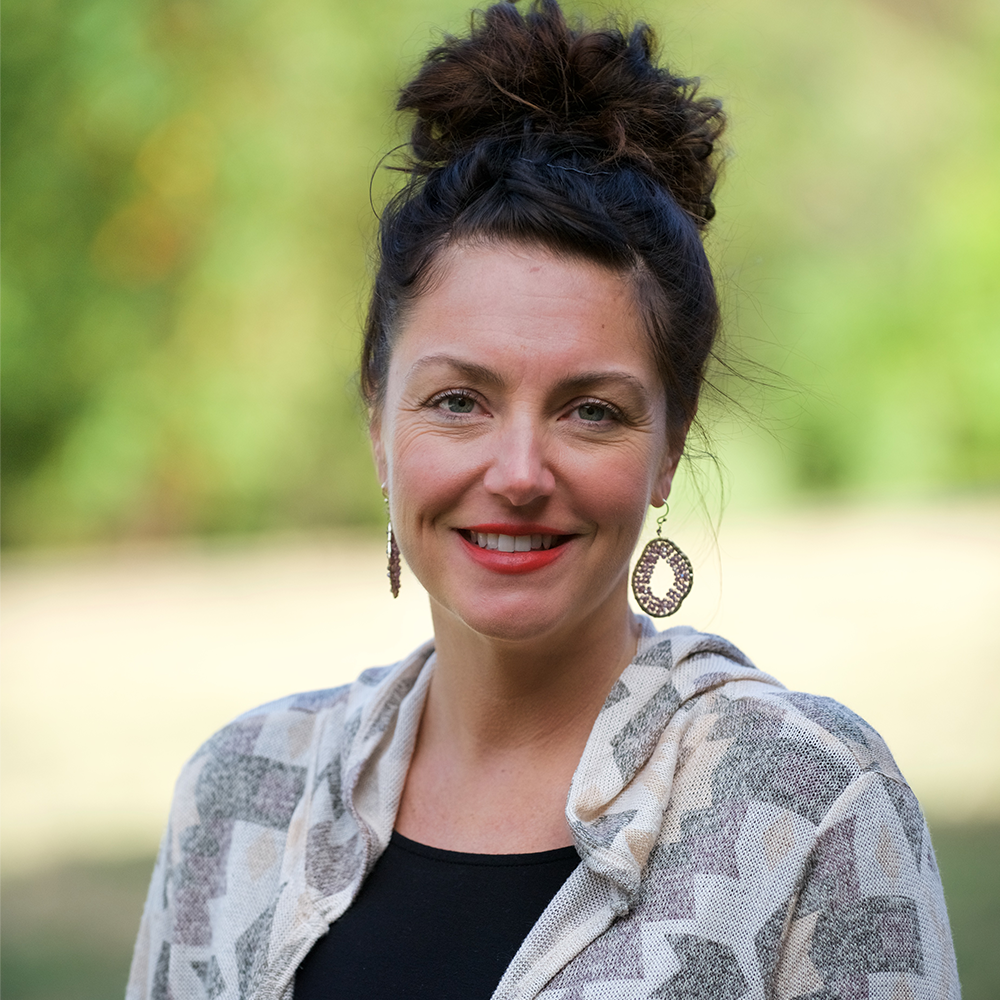 Brian has more than twenty-one years of experience serving as a senior minister for two different churches. He is a graduate of Phillips University and Yale Divinity School. While at Yale, he received the Calkins Prize for excellence in clear and vigorous pulpit speaking. He also received the Hallam Tweedy prize for exceptional promise in pastoral leadership. He has four Clinical Pastoral Education credits in pastoral care and is a certified supervisor of the Stephen Ministry Program.

Rachel is originally from Nashville, Tennessee, and is a recent Kentucky transplant. She holds a B.A. in Journalism/Mass Communication from Samford University and an M. Div. from McAfee School of Theology. She is an ordained minister and served as the Associate Pastor of Discipleship and Spiritual Formation for two and half years at a church in Gainesville, Georgia. She is passionate about telling good stories and teaching others how to share theirs. Stories have the power to transform the way we think, help us understand each other, and help us engage in God’s bigger story in the world. Rachel joined the MCC team in May 2018.

Fun: Rachel loves to read and travel. She’s been to every continent except South America and Antarctica.

Faith: In Christ, we are set free to be who God created us to be and called to love each other unconditionally.

Corey is a Louisville native who graduated from Trinity High School in 2008 and the University of Louisville in 2012. He received his Masters of Divinity from McAfee School of Theology in 2016. Corey has been serving as our Minster of Media and Youth Connections since October 2016.

Family: Corey and his wife Jessica met their Freshman year at Western Kentucky University and got married in 2014. They have two crazy dogs named Yonah and Zoey.

Fun: Corey is an avid Louisville sports fan and can usually be found spectating or participating in just about any sporting event. He also enjoys traveling, hiking, and snow skiing.

Faith: God loves us no matter what. Because we are loved it is our job to embody that love to the world around us.

Melvin LeCompte is a true Kentucky blueblood, born and raised in the small central Kentucky town of Bagdad. Melvin received his Master of Divinity from Baptist Seminary of Kentucky at Georgetown College, and was ordained in the Christian Church (Disciples of Christ). Melvin’s passion and gifts of ministry are in the area of pastoral care where he has earned 2 units of Clinical Pastoral Education (CPE) from Baptist Hospital East and from St. Matthews Pastoral Counseling Center. Melvin is currently pursuing his third unit of CPE.

Fun: In his spare time Melvin is very passionate about UK basketball and football and attends most games.

Food: Melvin enjoys dining out with his Friday Night Dinner Club and is famous for his homemade sourdough bread!

Faith: Caring for people and meeting them wherever they are and in whatever life crisis they are going through is most important to me. In all my life’s journey the church and its people have been there for me and have walked beside me. That has help shape and create a gift of ministry within me. Jesus’ life and his example on how to care and love people can and should be our way as well.

Amanda graduated from the University of Louisville with her Bachelor of Music with vocal emphasis in 1997 and her Master of Arts in Teaching in 1998. She was an active member of the Kentucky Opera, performing in numerous operas there and with the University of Louisville. After college, Amanda taught middle and high school vocal music. In 2002, she decided to stay home with her children. Since that time, she has kept a steady voice lesson studio over the years, judged Kentucky All-State auditions for 10 years, been the festival manager for the Louisville choral festival, and been a guest clinician in the Kentuckiana area for elementary & middle school choirs.

Family: Amanda and Sean have two children, Fin and Caroline.

Fun:  Amanda has been a fan of University of Louisville sports since birth and cheers for all of their teams.  She also enjoys traveling with her daughter who competes in Irish dancing competitions around the region.

Faith:  My faith is always a journey.  I know that I’m not perfect and God is always molding me.  I love teaching the kids that even though you aren’t perfect, God still loves you and wants you!

Becky joined our staff in September 2022. She has more than ten years of church experience in a large church setting, four of which have been in youth and middle school ministry. Prior to her church work, she was with Oldham County Public Schools.

Becky is joined in ministry by her husband, Scott, two kids, Holden and Jacq, and a dog named Samwise.

Email Brando Hall
Brando Hall joined the Middletown staff in 2021.
Brando grew up in central Kentucky and will move back home to Louisville after serving churches in the St. Louis area for eight years. Most recently, he served as a Worship Coordinator and Digital Media specialist at The Gathering, a multi-site congregation in St. Louis.
Brando brings some unique life experience to Middletown after spending much of his late teens and early twenties touring the country playing rock music and going on to serve the homeless in Atlanta, Georgia. He has been a part of worship teams serving the local church since he was 14 years old and has seen firsthand how Jesus can change a life. He is passionate about welcoming ALL people into God’s beloved community without exceptions or asterisks. Brando is joined in ministry by his wife Lulu, and their two sons Cadence and Elvis.
-
Director of Choral Music

Scott’s role at Middletown has grown from an accompanist to Director of Adult Music Ministries over the past six years. Before joining our staff, Scott taught music and directed middle school choirs for 13 years. During his time as an educator, Scott served as the Choral Division Chair for the Kentucky Music Educators Association as well as the Repertoire and Standards Chair for Middle School Choirs for the Kentucky Chapter of the American Choral Directors Association. Scott is highly sought after as a soloist, guest conductor, and clinician. He has performed all over the world, including performances for two US Presidents and the Pope.

Fun: Scott is an expert on all things Disney and a Lego enthusiast. He’d rather conduct a group than sing any day, but the church loves to hear him sing!

Eva joined the MCC staff in 2021. She has a background in banking, agricultural lending, accounting and records management. She holds an undergraduate degree from Indiana University and an MBA from Webster University.

Eva has lived all over the US but has called Louisville home for many years. Eva is the proud mom to her two spoiled cats, Penny and Pokey. In her free time, Eva enjoys crafting, reading, trivia, singing, traveling, and spending time with friends and family.

Shelley began at Middletown in July 2021. Formerly, she worked in the human service field as a community-based services director and residential program manager for individuals with intellectual and developmental disabilities. She is from Indianapolis and holds a bachelor’s degree from Indiana University Purdue University Indianapolis.

Shelley lives in Louisville with her husband, William, her six-month-old daughter, Freya, and her dog and two cats. She enjoys serving others, meeting new people, recreating recipes from the internet with mixed results, traveling, getting lost in a good book, and making memories with her family.

Larry joined the staff in 2006, three years after he and his family joined the church. Prior to working at Middletown, Larry was an employee communications manager for a multinational corporation.

Family: Larry and his wife Bev came to Louisville from Massachusetts in 1991. They have five adult children and 2 grandchildren.

Fun: Larry was a traveling musician for seven years, playing at the Famous Door Music Club on Bourbon Street and venues from Alaska to Florida. These days, he uses his gift as a drummer in one of our praise bands.

Faith: Since joining Middletown, I continue to grow in my faith through prayer and reading scripture. I stopped worrying about the future because Psalm 138:8 tells me that the Lord will work out his plans for my life.

George has served as our Custodian for almost 20 years, is an ordained Elder and a Stephen Minister. George served as interim senior pastor at Hill Street Christian Church. In 2019, he became a Commissioned Minister in the Christian Church (Disciples of Christ).

Family: George and his wife Liz have five children and 14 grandchildren, two of whom live with them.

Fellowship: Always ready with a smile, George has welcomed countless groups and individuals to Middletown. It’s not unusual to find George praying with a technician who has come to repair something or mentoring one of our teens by working side by side with them.

Faith: What drew me to Middletown is the love and warm reception which enabled me to see myself and led me to help others.

Jackie Wilham joined the MCP&K team in April 2022. Jackie has experience working with children as a preschool teacher, in-home daycare owner, a substitute elementary school teacher and teacher’s assistant. Previously, Jackie served as the assistant director of children’s ministry and director of communications for Middletown Christian Church. Most recently, Jackie served for eight years as the director of children’s ministry and parents’ day out program for CrossRoads Christian Church.

Tracey is an Ohio native who found her way to Louisville over 20 years ago. When her daughter enrolled at Middletown Christian Preschool , Tracey began helping out as a substitute and was hired as Office Manager 12 years ago.

Family: Tracey and her husband Mike have one daughter, Lily.

Faith: My Grandma taught me about God and instilled many beliefs in me at an early age. “She is clothed in Strength and Dignity, and she laughs without fear of the future.” Proverbs 31:25