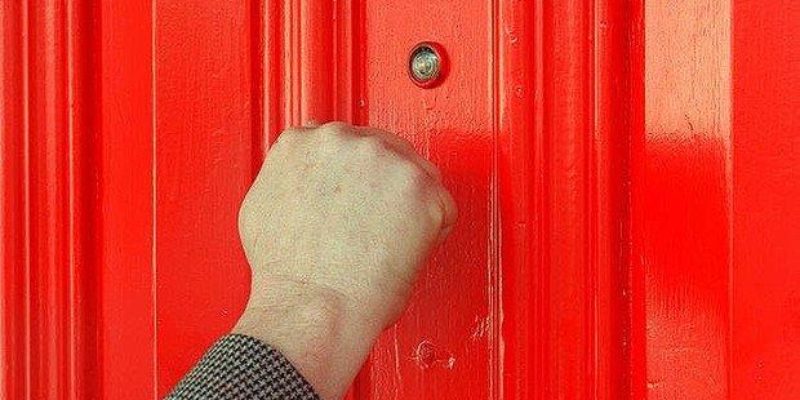 Last Easter I knocked on every door in the apartment complex in my neighborhood. I invited everyone that opened their door to one of our Easter services. I handed them an Easter invitation card and told them a little about our church. Most were happy that I had invited them. Some were polite, but not interested. A few actually invited me to visit Southeast Christian Church. That is reverse evangelism and I’ll admit they were pretty persuasive.

Only one person was downright rude and hostile. He tore up the card. Told me to never knock on his door again. Cursed to make his point. Then slammed his door in my face. Yikes! Normally I’m pretty thick-skinned. But I thought twice before knocking on another door. It’s hard to say why he was so angry. I could have been the third person knocking on his door that week. Perhaps he’s experienced pushy religious people in the past. Maybe he’s had a bad experience with the church. Or, it could have simply been that his dinner was getting cold. Who knows? Since then I have seen him at CVS and Wal-Mart. He was smiling and joking with the cashiers. He doesn’t appear to be an angry person as much as he doesn’t want religion sold to him like a set of steak knives. No one really does do they?

My message this weekend is titled “My Neighbor is a Skeptic.”  I am going to share my thoughts about sharing our faith with skeptics. Please understand, I’m not using the term skeptic in a derogatory manner, but with a lot of respect. Christians have given people good reasons to be skeptical. On a side note, not a single person in the apartment complex came on Easter, or thereafter. But my next door neighbor accepted my invitation and has been attending regularly since.