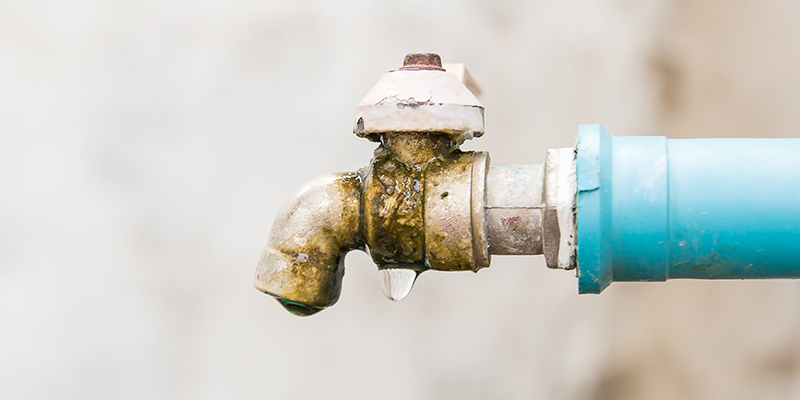 For a few summers in high school and early college, I worked for a professional painter. He and his business partner taught me all the tricks to painting ceilings, trim, cabinets, rolling walls, and more. I enjoyed these summers, made good money for that stage of life, and gained my only useful real life skill (there’s generally not much demand for a philosopher and theologian…).

My training as a painter also means that I see the world differently from most people. When I walk into a room, I have a tendency to notice places where the paint is messed up. Scuff marks, drips, roller marks, bleeding. I see it. I was trained to see those things and to correct them. My perspective has been changed by my experiences as a painter.

A couple of summers ago, I led a youth mission trip to Atlanta to partner with several churches and to serve alongside them. Early in that week, we had the privilege of working with Mercy Community Church, a church of a couple hundred that meets in a local homeless shelter on Sundays and Wednesdays and has their own space on Mondays, Thursdays, and Fridays. A vast majority of their congregation is made up of people facing homelessness.

Our youth arrived as the folks at Mercy were serving and eating breakfast. We parked the buses, and I walked in first to find Pastor Chad, our contact at Mercy. I was wearing older khaki shorts, t-shirt, hat, and my backpack (which is pretty raggedy after summers of camp and dozens of youth trips). Immediately, I was welcomed by folks in the community, offered coffee and breakfast, and even had someone offer his chair to me. These weren’t volunteers, pastors, or mission team kids offering radical hospitality. This intentional welcome was offered to me, a new person walking into their community, by people struggling with homelessness. It was pretty amazing.

Once I found Chad, he came out to speak to our group. He explained they are not a shelter, soup kitchen, or a service. They are a church. He told us about their mission and their hopes and their congregation. We were going to be with them from 8:30 in the morning until about 2:00 in the afternoon. During that time, we had one job: hang out with people.

And hang out we did. We were invited in for their prayer time, worship time, Bible study, and art class. We were offered coffee and breakfast. We had meaningful conversation. We learned names and stories and faces. We went with them out into the streets to serve lunch to folks on a couple corners who were hoping to get day labor work (a system of “employment” straight out of the Parable of the Workers in the Vineyard from Matthew 20:1-16).

I have many stories from our time at Mercy, which I’ll be happy to share, but the one that continues to stick with me is about my shift in perspective. After eating lunch on the sidewalk with folks hoping for a few hours of work, we all walked back to their building. On the way, I talked with Pastor Maggie—she and Chad are co-pastors there—about the realities of living on the street.

At one point, we stopped walking and she pointed to a portion of the city block along Ponce de Leon Avenue in the Poncey-Highland neighborhood of Atlanta. “What do you see?” she asked.

I replied with a few things: An abandoned, boarded up old hotel. A restaurant I’d be interested in trying. Very little parking.

She stopped me. You know what we see? (“We” is how she referred to folks in the homeless community because, for her, all people are included in the “us” and “we”–there is no such thing as “them” or “other.”)

“We see a water spigot on the side of the restaurant we can use to fill up our water bottles. We see a narrow alleyway behind that abandoned hotel where we could sleep without worrying about being seen. We also know the Publix down the street will let us in to use the bathroom, as long as we don’t bring all of our bags in with us.” She listed several more.

I didn’t know what to say. We were both staring at the same portion of the block and our eyes and minds focused on completely different things. I’ve always thought I have a pretty healthy understanding of homelessness, the negativity of city gentrification, and the importance of services offered (from churches, non-profits, and the government alike). And, yet, I was looking right at the building and didn’t catch the presence of a water spigot. I would initially see the narrow alley as a place to avoid. If I need a restroom, I’d be allowed to use the one in the restaurant where I might be eating one day.

Living on the streets changes your perspective out of necessity. As one member of the community put it, “Each day is about survival.” They told us the story of a homeless man sharing his only other pair of socks with a guy he didn’t know because the clothes closet had run out of socks and this man’s need was immediate. I have way more than two pairs of socks, and I have a drawer to put them in.

Now, the point here is not to instill guilt (though if feelings of guilt come, perhaps we would all do well to sit and listen to those…). The point here is to talk about a change in perspective.

What would happen if we trained ourselves to see God in the same way I notice paint or the members of Mercy Community Church see the world outside? Instead of waiting for God to smack us in the head with something huge, how can we train ourselves to see God’s work and love and grace in small ways every day?

I had a professor in seminary who would talk about ministers being “Detectives of Divinity.” It was a little funny phrase used to make this exact point about perspective shift, and clearly, it is not exclusive to ministers. I love this phrase, but it’s now occurred to me that my interpretation of it was too passive. Being a Detective of Divinity is an active process. To get the conversation going, I’ve listed several ways we can become better detectives of God in the world around us (keep in mind, I’m working hard to be better at these things myself):

It’s easier to reflect on someone else’s differences in perspective than it is to change our own perspective. It’s also easier to write down a few of the steps to becoming a better Detective of Divinity than it is to actually do it. I make no claims to be proficient at this, but I’m willing to put in the work. I hope you’ll consider joining me on this journey.